FROM HERE TO THERE TRAVEL is a travel business set up by Antony Johnson to offer a personalised, accompanied service to small groups of dedicated travellers who want to experience the real thing, either with the person who designed the Itinerary, or on their own.

The relationship between the leader and his charges thus becomes incredibly close, and Antony revels in providing experiences which his clients simply could not find anywhere else, because he has, quite literally, travelled the world, and his preferred areas for his travel groups are South-East Asia, including Burma, Vietnam, Laos, Cambodia and Thailand;  South America, Central America, including Guatemala, Belize, and Mexico,  India,  several Eastern European countries, including Poland, Romania, Georgia, and Ukraine, and Turkey and Sicily.

A journey to this wide and sometimes wild section of the world needs a deal of planning all of which pays off a hundredfold if it is to be successful.  So, let us first consider some of the historical background.

END_OF_DOCUMENT_TOKEN_TO_BE_REPLACED

In the middle of the 18th century the world outside Russia was not known to the vast majority of Russians.  St. Petersburg was founded by Peter The Great in 1703 at the end of the Great Northern War with Sweden on swampy land that was previously Swedish.  In 20 odd years the city, as it was then, was virtually completed.  Architects and technicians were brought in from all over Europe but labour, although plentiful and cheap, was totally unskilled so it was an incredible achievement.

END_OF_DOCUMENT_TOKEN_TO_BE_REPLACED

Our intrepid Doctor, Bruce Dunlop has been on his travels again – this time in search of the ultimate fishing experience in Lesotho:-

It is the elephant in the room.  Huge, high and imposing but few people seem to now it is there.  Even in South Africa very few have noticed Lesotho.

Some facts.  It sits in the middle of the Republic of South Africa, an independent kingdom and proud of its monarch.  It is high.  The entire country is above 1000m in altitude and as a consequence is quite cool, you can even ski after a fashion in the Maloti Mountains.  Its population is about 2 million and although there is some mining for diamonds and a little industry the majority of the population lives on subsistence farming, pastoral pursuits and remittances from family members working in South Africa.

END_OF_DOCUMENT_TOKEN_TO_BE_REPLACED 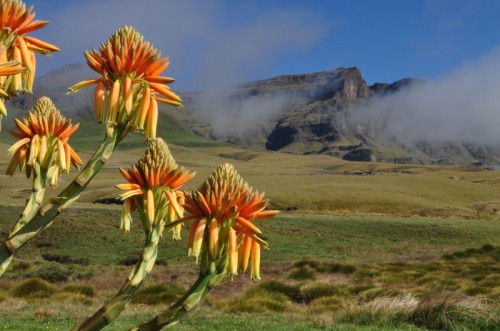 This quite fabulously beautiful, productive and wonderfully sensational land has, sadly, become synonymous in recent years with one of the most hated and despised abuser of all forms of human rights, torturer, genocidal maniac, destroyer of his country and all round big time baddy, Robert Mugabe.  But from the ashes of destruction, the land and hope of resurrection is gradually rising like the glimmer of sunlight in an early dawn.  So, let us go back a while and look at this bejewelled piece of God’s earth as it was only 130 years ago.

END_OF_DOCUMENT_TOKEN_TO_BE_REPLACED 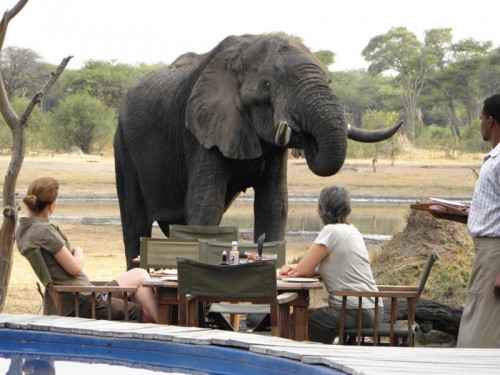 As a solider I’ve made my bed in muddy trenches and even on a pile of dead goats in an Iranian helicopter carrying supplies to a beleaguered garrison in Oman.

I reckon I can sleep anywhere at anytime and I often do …. even on the back of an elephant whilst tracking giant jumbos in the remote forests of Nepal.  Although a snake and a rat once chased each other repeatedly across my sleeping bag in a front line bunker it is not those who share my bed that usually bother me.  However on an expedition on a South American river I did have a strange experience.  My bunk was beneath the chart table in a crude wooden shack that served as our ‘Operations Room’ on the deck of a noisy Brazilian freighter.  Escorting a fleet of traditional reed boats from Bolivia to Buenos Aires we were studying the ancient trade routes.  In order to gather archaeological information we gave medical aid to the Indians and one grateful group presented us with a hairy, ginger, Paraguayan piglet whom we named Rocket.  Thriving rapidly on leftover food from a bucket labelled “Rocket fuel” he soon became a lively pet …. especially at night.

The Patagonian wind was bitterly cold at 3am when the sound of deep breathing woke me.  Wondering if the adjutant who shared the wooden hut was getting fruity, I lay still and listened carefully.  Then to my horror someone began to lick my feet.  “Such affection will not enhance your promotion prospects,” I growled disentangling myself from the blankets.  A shrill squeal resulted and our piglet emerged.  Heaving the protesting porker out I tried to sleep but he’d been gathered up by a member of the crew and popped into the bed of another.  Pandemonium broke out when the occupant returned from a late night party and a tirade of curses woke me once again.

I enjoyed a much more comfortable bed in the Senate House of a university where I had gone to lecture.  After an exhausting day I longed for sleep as I was ushered to my quarters in the 16th Century wing.   A single table lamp cast a dull light on the enormous bed and a coal fire bathed the panelled room in a faint glow.  Sinking into the deep feather mattress I only glanced at one feature of my lodging.  Over the mantelpiece hung the portrait of a severe-looking old man whose eyes stared directly at me.

The fire was out and the room cold when an especially vivid unpleasant nightmare had me sitting bolt upright.  Convinced I was not alone I flicked on the light.  Nothing was amiss but the old man’s eyes still gazed straight at me.  “A bad dream” I thought returning to my slumbers.   Departing at dawn I asked the Hall Porter whose portrait it was.  “Ah that be Judge Jeffreys”  he said shaking his head, “you know, Sir, the hanging judge”.  “Yes” I murmured, “I do know what you mean – he was my ancestor”.

Colonel John Nicholas Blashford-Snell OBE is a former British Army officer, explorer and author. He was educated at Victoria College, Jersey and at the Royal Military Academy Sandhurst, then commissioned into the Royal Engineers.

He found fame in 1968 when as a Captain in the Royal Engineers he led the first descent of the infamous Blue Nile. He has been making headlines ever since with intrepid expeditions and is a founder-member of the Scientific Exploration Society, the parent body for many world-wide ventures. Inspired by the spirit of Sir Francis Drake’s voyage 400 years ago, Colonel Blashford-Snell was also the driving force behind Operations Drake and Raleigh which saw thousands of young men and women from 50 nations take part in challenges and worthwhile expeditions all over the world.

Patagonia.  What does the word conjure up in your mind?  Its not a country, therefore has no demarcation line, no boundaries, no government or status in its own name.  It does, however cover a huge area and is a most important part of two countries – Argentina and Chile.  It’s really all the land roughly speaking south of latitude 42 degrees down to the Straits of Magellan.

END_OF_DOCUMENT_TOKEN_TO_BE_REPLACED 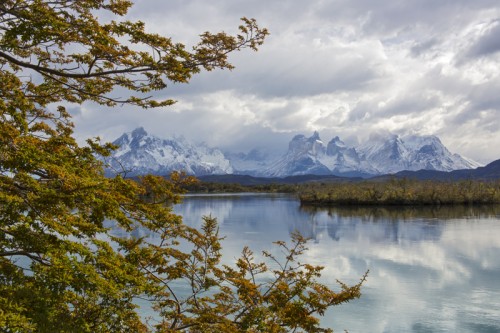 FROM HERE TO THERE TRAVEL is a travel business set up by Antony Johnson to offer a personalised, accompanied service to small groups of dedicated travellers who want to experience the real thing, either with the person who designed the Itinerary, or on their own.

END_OF_DOCUMENT_TOKEN_TO_BE_REPLACED 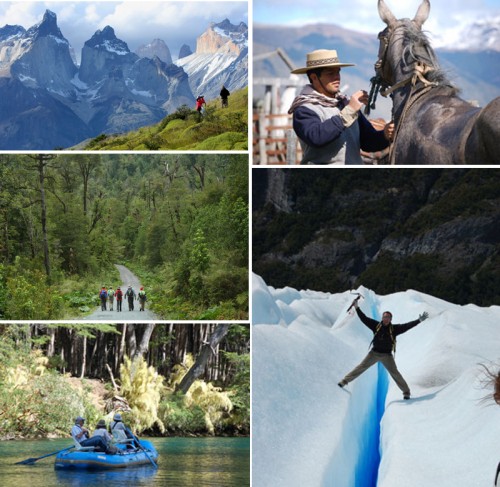 THE EARLY DAYS OF ADVENTURE TRAINING

END_OF_DOCUMENT_TOKEN_TO_BE_REPLACED

If you say “Uganda” to most people, first Idi Amin and then Gorillas comes to mind.

There is more to the Pearl of Africa than this.  Relegate Idi to tragic history.  He has left a scar but one that has largely healed beneath the emollient touch of a more benign government.

END_OF_DOCUMENT_TOKEN_TO_BE_REPLACED 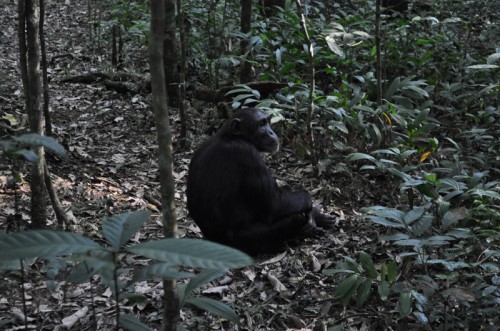 Most people, when you mention Peru, say “Ah, yes, Machu Picchu”.  If Machu Picchu was all there was to see in Peru, it would still be worth going all that way.  But it isn’t; not by a long shot.

END_OF_DOCUMENT_TOKEN_TO_BE_REPLACED 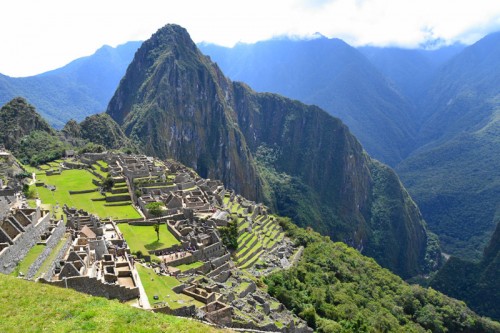 Click here to go to the Vintage Business Directory...
Blackmore Borley Limited – Caring for your Insurance Portfolio at All Times