In September 1993 an extraordinary concert took place in the grounds of Cowdray Castle, by kind permission of Lord Cowdray, and for this unique event, the astonishing line-up of Rock Aristocracy took the name of ‘The Ruins Band’ for one night only, and what a night it was!

It was certainly one of the best concerts which I have ever attended, and the line-up included the three remaining members of Queen (Freddie Mercury having recently departed this world); Genesis, with Phil Collins, and Paul Young of Mike & the Mechanics, performing some of the vocals, Pink Floyd, minus Roger Waters, and the great Eric Clapton.

END_OF_DOCUMENT_TOKEN_TO_BE_REPLACED 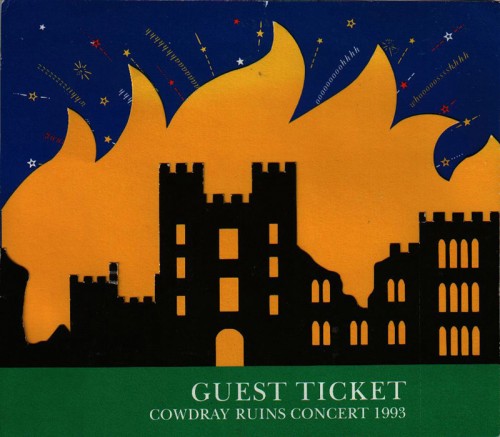