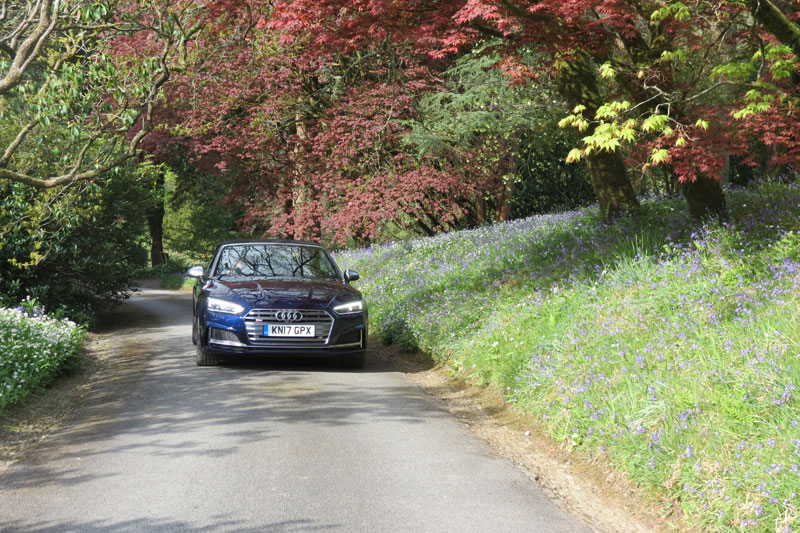 If you are seeking the peace and tranquillity of nature, shaped by the hand of man, and a temporary escape from the stresses and strains of the 21st century, then I can highly recommend a few days at Hotel Endsleigh, situated on a stunning stretch of the Tamar valley on the edge of Dartmoor.

The house and surrounding gardens and landscape, have all been substantially restored since Olga Polizzi first saw and fell in love with this special place, and bought it in 2004.

It first opened its doors to hotel guests in 2006, and has now established itself as highly desirable hotel surrounded by some of the most beautiful gardens and impressive scenery in Britain. 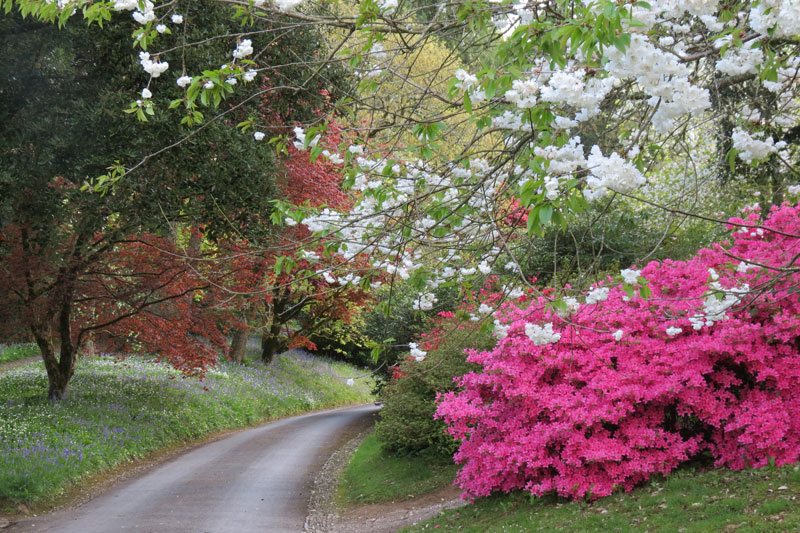 One of the very best times to visit  is in April and May when the hundreds of specimen plants are in full bloom, and the valley is a riot of colour with Rhododendrons, Azaleas, and Camellias, all surrounded by a  carpet of bluebells and wild garlic but be assured no matter what time of year you visit Hotel Endsleigh there is always something to delight the senses – in June and July, the 100 metre rose walk situated above the croquet lawn is a sensory explosion. 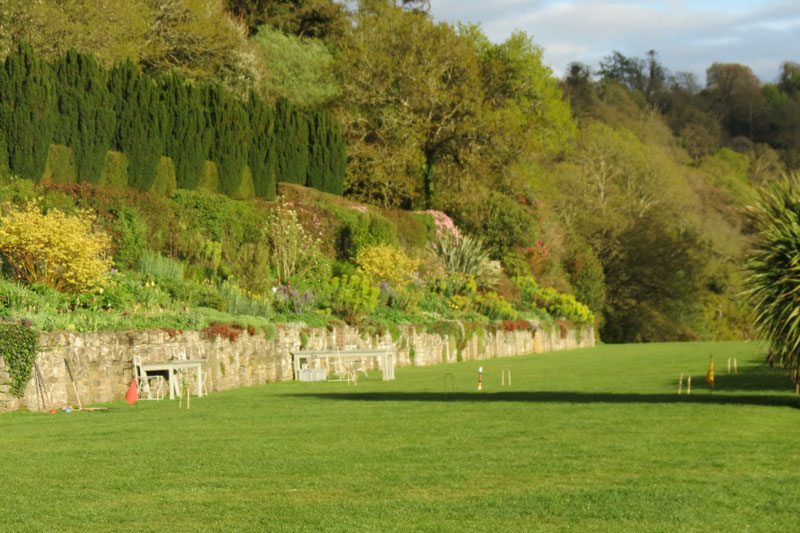 The Croquet Lawn in April

The 100 metre Rose Walk which runs parallel to it, above the long border will become in the months of June and July a sensory overload to the eye and the nose.

The walk through the gardens reveals one beautiful vista after another.

Immediately around the house there are formal gardens running down to the River Tamar. There is a picturesque dell with little bridges crossing streams, huge Gunnera leaves and wonderful picnic spots. Beyond the formal gardens is the arboretum which contains unusual trees from around the world,  There are hundreds of towering Wellingtonias, and a plethora of Norfolk Pines lining the sides of the valley, and the views from the terrace are quite breathtaking.

It is a tribute to Olga Polizzi that the house has been so sensitively restored, renovated and refurbished, and one can easily imagine being part of a fishing or shooting party, and enjoying the myriad pleasures of this special place. 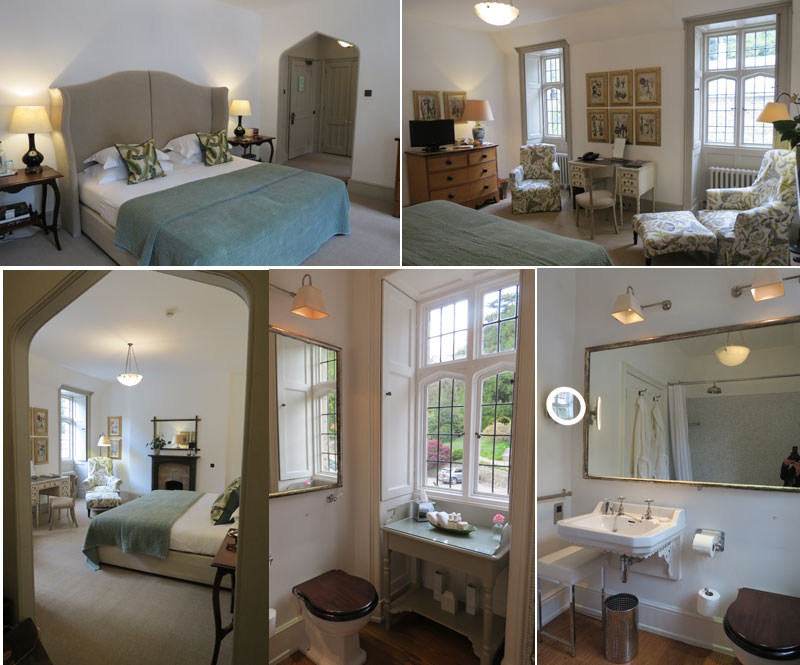 The restoration programme continues with the conversion of the stable block into two guest suites, with a small Health Spa, and there are plenty of other areas awaiting restoration. 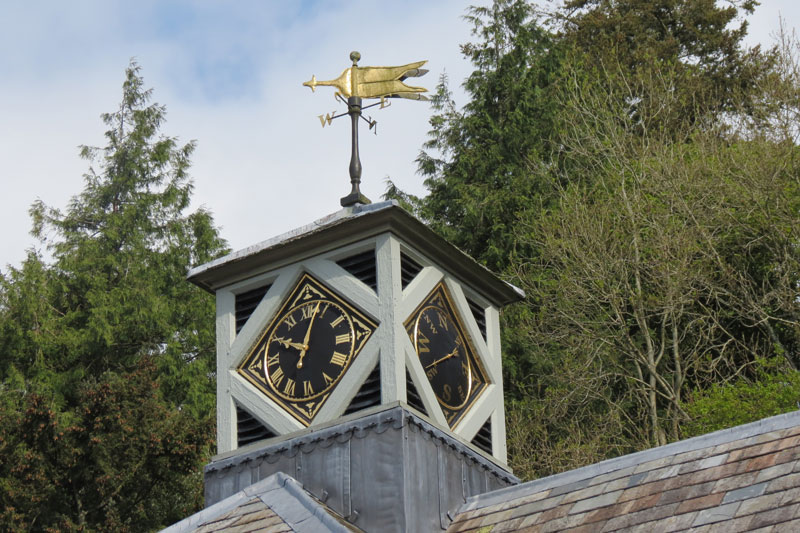 The Restored Clock Tower glints in the summer sunshine and sits atop the entrance to the stable block which has been refurbished to provide two guest suites. 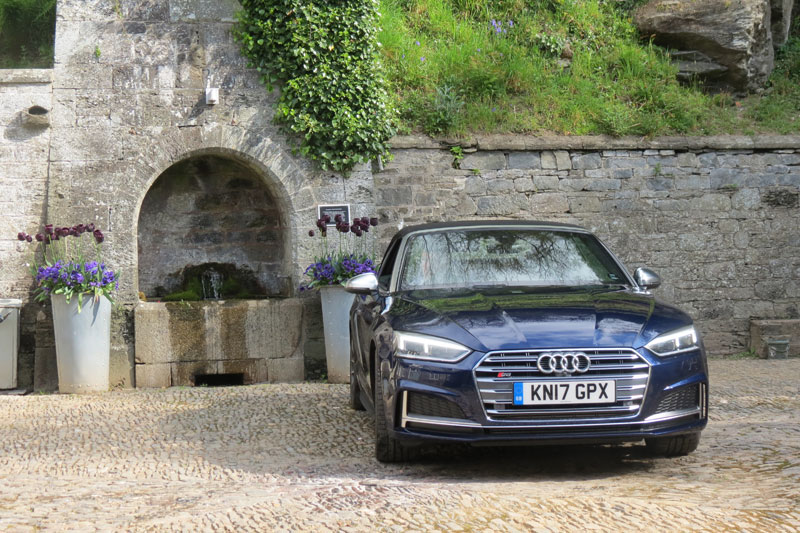 The Stable Block Courtyard and the Audi S5 Cabriolet

The Endsleigh’s sister hotel, ‘Tresanton’ is one of my favourite coastal hotels, overlooking the beautiful old fishing village of St Mawes, opposite Falmouth, and another example of how to make the most of a building’s history and situation.

Tresanton was a Yacht Club in Edwardian times, and the hotel has a beautifully restored classic 8 metre yacht called ‘Pinuccia’ built in 1939, for guests wishing to re-live the glory days of British yachting.

Both Endsleigh and Tresanton have qualities which make them unique, and yet they complement each other perfectly.

Something which distinguishes them both is the quality of the Management, and the well trained, cheerful staff, whose efforts make staying at these hotels such a pleasure. The General Manager at Endsleigh is Adam Cornish for whom nothing is too much trouble if it means his guests are happy, and I cannot recommend his hotel highly enough.

So, if you are thinking about making a trip to Devon or Cornwall, I suggest you follow in our footsteps to experience the joys of Endsleigh, and of Tresenton, if you have time. They are the perfect pair of hotels combining the joys of the Cornish coastline with the spectacular scenery of the Tamar Valley. 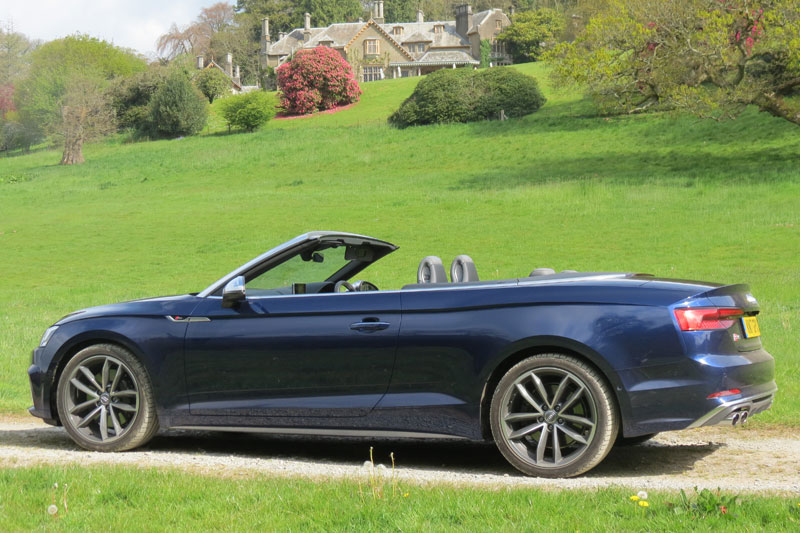 Having chosen the most idyllic place to visit, it is of course essential to then select the most appropriate form of transport, and we did this by obtaining  the new AUDI S5 Cabriolet 3.0 TFSI Quattro 364 PS Tiptronic.

This is a new feature that Audi makes available as an option in the S5 Cabriolet, and it projects important information and indications onto the windshield. A TFT liquid crystal display backlit by a white LED generates the colour image. Two spherical mirrors enlarge it and redirect it while compensating for the distortion caused by the shape of the windshield.

I have been a fan of this facility since I first discovered on a Rolls-Royce which we were reviewing , and it can give you the speed at which you are travelling  and the speed limit for the section of road you are on. This highly effective device must have saved thousands of drivers from exceeding the speed limit, especially in areas which are new to them. 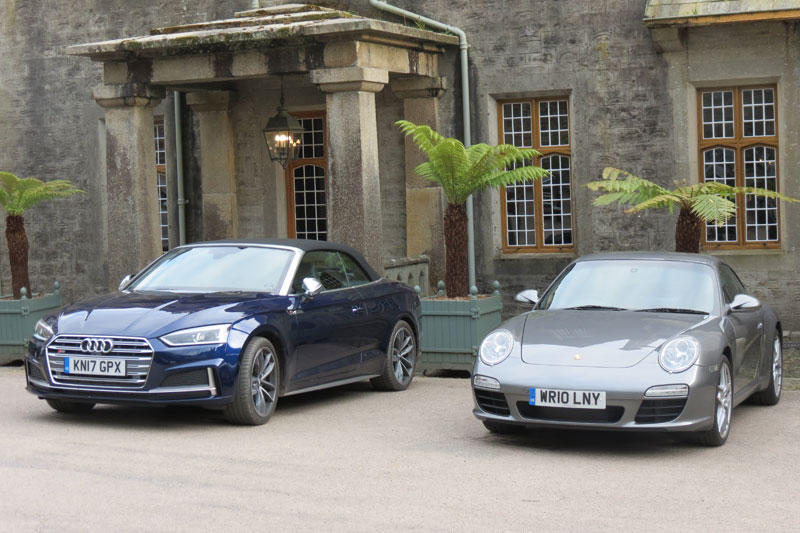 We have driven many top of the range ‘convertibles’  or ‘Cabriolets’ as they are now known, from Rolls-Royces and Bentleys, to Ferraris, Maseratis, and Jaguars and this AUDI S5  is right up there with the best of them in terms of handling, comfort, and performance, and it is also very stylish’.

Another plus is that although this is a cabriolet and usually the mechanism for this reduces the boot space on most convertibles, with the Audi S5 we were pleasantly surprised to find that the boot was a good size and well configured to maximise the available space. 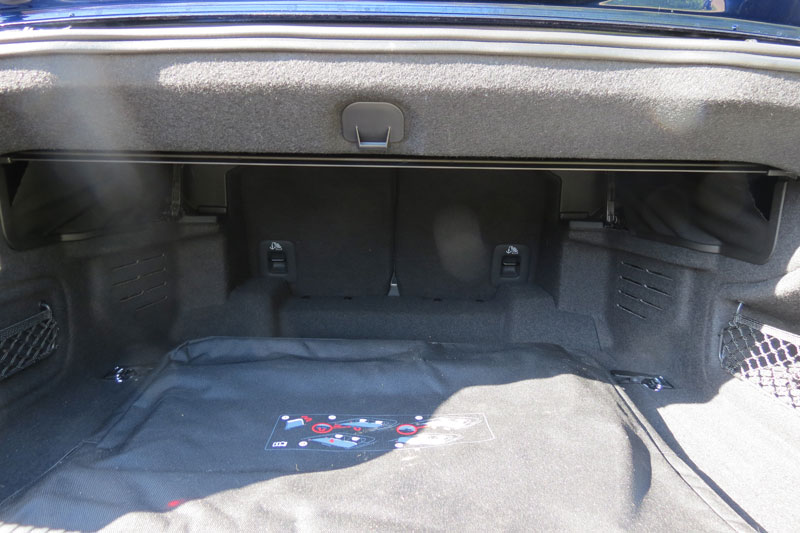 The generous size of the boot of the Audi S5 Cabriolet means that you don’t have to restrict your wardrobe when travelling away for a long weekend or a trip further afield. 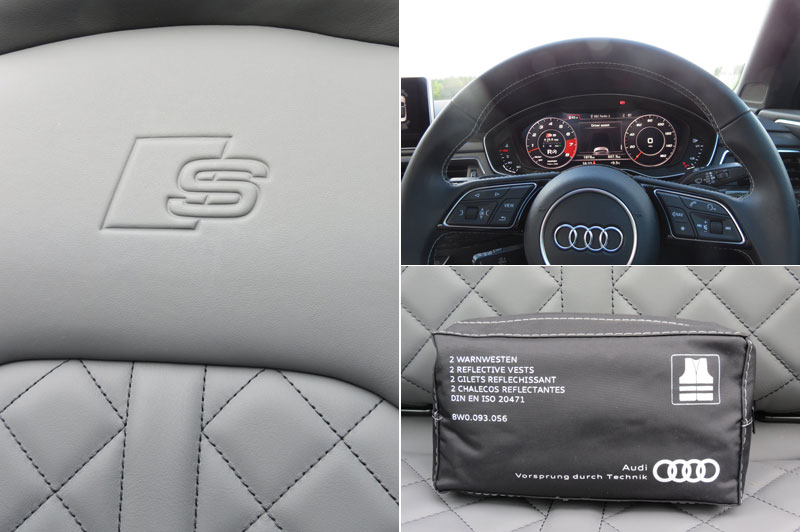 The Interior of the Audi S5 Cabriolet with added safety feature –

two reflective vests are provided in the unlikely event that this superb car should ever breakdown!

man has spent a lifetime observing and commenting on the habits and habitats of that endangered species, the British Aristocracy, including their houses, art collections, sports and pastimes.

He was a part-owner and Managing Director of Debrett’s Peerage and Baronetage, which he acquired and rescued from near extinction in 1976, and built into an international publishing company.

He published the catalogues for a number of major Exhibitions at the V&A and the Royal Academy in the UK, the Cooper Hewitt and MOMA in New York, and the Smithsonian Institute in Washington.

He also conceived and created an important contemporary reference book called, ‘People of Today’, first published in 1981which is the ultimate study of the UK’s most successful and influential people.

He is therefore well-qualified to publish and edit The Vintage Magazine, an on-line publication aimed at, but not limited to, the affluent and active, over 50s who number over 23 million in the UK, and control 80% of the wealth of the country.